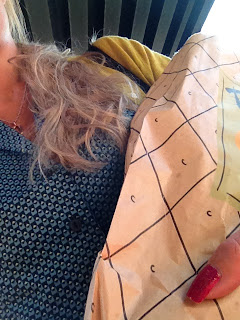 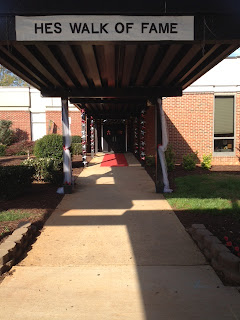 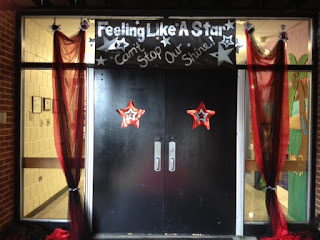 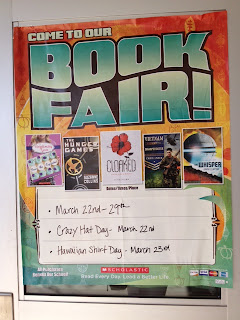 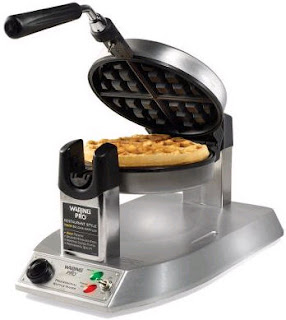 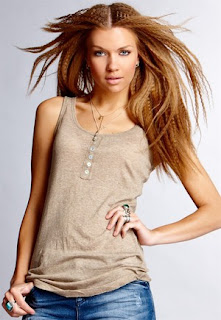 20 things to know before moving to Sweden... IN ENGLISH

To all of you, my american friends. To you who don't understand ordinary blog posts in swedish, and maybe don't understand my ,sometimes, strange manners. My first blog post in english, a stolen article, from last year... But anyway, so true and so Sweden in a nutshell.

Love from your Asa, or Aursa, or Osa Rose or just me Åsa Ström :-)


20 things to know before moving to Sweden

By Lola Akinmade-Åkerström
Published: 18 Feb 2011
As diverse as Sweden is, there are a few societal norms that are distinctly Swedish. Understanding a handful of them will hopefully prepare you culturally before you relocate. When you're invited home to a Swede, you better be on time and take your shoes off, writes expat Lola Akinmade-Åkerström.

Shoes off, please! Photo: Ginny (CC BY SA)
For decades, Swedish culture has been boiled down to four stereotypes we know so well — ABBA, blondes, Volvo, and IKEA.
Though the above are evident in Sweden's society, the country is rapidly becoming richly diversified. Aspects of various foreign cultures are woven into everyday life — from music to food and fashion. With a relatively high quality of life, solid infrastructure, and basic access to healthcare and education, a steady number of people continue migrating to Sweden. As of 2008, there were roughly 200 nationalities represented in Sweden, making up 14 percent of the population.
That said, there are a few societal norms that are distinctly Swedish, and understanding some 20 of them will hopefully prepare you culturally before you move:

According to the International Coffee Organization (ICO), Sweden ranks 2nd in the world after Finland in terms of coffee consumption per person. Coffee drinking is fostered through a tradition called fika — in which friends, family, and/or colleagues meet for coffee or tea.

A typical fika involves coffee, something sweet — and some serious bonding. Photo: David Murphy (CC BY NC SA)
Fika is often enjoyed with freshly baked pastries such as cinnamon buns (kanelbullar), collectively called fikabröd. What makes the concept of fika intriguing to foreigners is the sheer frequency at which it is observed each day. It's not uncommon to grab a cup of coffee after breakfast, after lunch, before dinner, and after dinner. This tradition is an opportunity for Swedes to set aside a few moments each day for quality bonding over coffee.

From the pharmacy (apoteket) and tax office (Skatteverket) to your doctor's office and local grocery store's deli-meat counter, you'll be forced to exercise patience as you wait to be served in a numbered queue. Many businesses have a ticketing system — usually a small hard-to-find machine hung on a wall that dispenses number notes. Once you grab your ticket, you'll have to wait until your number shows up on a large screen before you can proceed to the counter.

3. You can probably get by with English for decades, but...

Chances are you can live in Sweden for years without learning a lick of Swedish. That's because many Swedes are fluent in English and are always happy to switch so they can practice their English on you. This means it might take you longer to properly learn the language, and the Catch-22 is that fluency in Swedish is crucial to full integration.
Signing up for SFI (Swedish For Immigrants) — which is free and provided by the Swedish National Agency for Education — could be a step in the right direction.

Rush hour in Stockholm. Photo: Jenny Gaulitz/www.imagebank.sweden.se
Many stores close early, especially at weekends and you'll be hard-pressed to find a store open past 9 p.m. that isn't a gas station. One explanation is the numerous trade unions that enforce workers' rights and place more emphasis on maintaining healthy work-live balances, thus improving overall quality of life. Swedes work to live, not live to work.
It's worth keeping in mind that since many Swedes are done with their regular jobs around 5 p.m., you'll likely be battling crowds to get your shopping done between 5 and 6.30 p.m.

5. At some point, you will squeeze food out of toothpaste tubes

To prepare you for your first visit to the cold foods section of a grocery store, understand that in Sweden, tubes are also used to package foods such as caviar, mayonnaise, mustard, and other similar condiments. And at some point, you'll probably squeeze some caviar from a tube onto half a boiled egg for breakfast.

When it comes to equality between the sexes, Sweden is one of the leaders, and men here definitely pull their own weight in staying home and raising infant children.
Couples are entitled to 480 days of paid parental leave, and this time can be shared between parents. So you'll often find new fathers with parked strollers and babies strapped to their chests, having lunch and fika dates with other dads.

7. Camping and hiking and picking berries

If you think high-calorie fikabröd means most Swedes are borderline obese, I'll let you in on a little secret — Swedes love the outdoors. All year round, there's at least one activity that can be enjoyed come rain, shine, or winter blizzard. And the government has made it easy to enjoy Sweden's nature by giving people the right of public access in a law called Allemansrätten.
In a nutshell, Allemansrätten means you're free to camp on and hike across private land unless a sign has been specifically put up prohibiting trespassing. During summer, you'll find people out hiking, camping, wandering through forests picking wild berries and mushrooms, and when winter rolls around, skis are strapped on and cross-country skiing replaces leisurely hikes.

Make the most of the long sunny summer nights in Sweden.
Photo: marcus (CC BY NC SA)
Allemansrätten also comes with responsibilities. It is imperative you respect local rules, landowners, residents, flora, fauna, and all signs. Freedom to camp also doesn't mean camping in a specific spot for weeks.
For a list of allowances, check out: "The Right of Public Access – What is allowed?"

Few events unite (or divide) the entire country as strongly as Melodifestivalen. This widely popular music event, held every February through March, is a welcome distraction on long dark winter nights. Melodifestivalen is an annual national music competition and its voted winner goes on to represent Sweden in the Eurovision Song Contest which pits European countries against each other musically. Melodifestivalen launched the career of a certain band named ABBA, which went on to win the 1974 Eurovision Song Contest with "Waterloo".

9. Many businesses shut down in July

It's not uncommon to find restaurants and stores shut down for an entire month, usually in July, while employees take their 4-6 week vacations. Did I already mention trade unions and their enforcement of workers' rights?

There is a societal code of conduct in Sweden which really has no direct translation in English. Loosely translated, the word "lagom" means "just enough," "in moderation," "appropriate," and other synonyms you can pull out of the dictionary. When used in reference to societal behavior, it means blending in appropriately without extreme displays of emotion.

There are very few stores in Sweden where you can buy affordable furniture and food at the same time, so it's definitely worthwhile locating your nearest IKEA. Many IKEA stores offer free bus services from central locations to the store and back. For those relocating to Stockholm, IKEA Kungens Kurva runs a free bus from downtown (Vasagatan 18) every hour.

12. Nice shoes. Please take them off

You'll quickly notice that shoes are taken off when entering private residences in Sweden. There are many theories surrounding this old tradition. Many revolve around the fact that Swedes spend a lot of time outdoors during winter and are prone to dragging in dirt, so taking shoes off at the door is done for hygienic purposes. Other theories say it's a sign of respect for the Swedish home. Either way, you might want to think twice before wearing full lace-up boots when visiting folks.

13. Winters are really cold, dark, and can be depressing

It's no secret that Sweden's geographical location makes it prone to cold, dark winters. At the depth of winter in some northern parts of the country above the Arctic Circle, you might get as little as three hours of sunlight per day. And in Sweden's northernmost city, Kiruna, you get no (as in zero) hours of daylight.
While winters can be rough, you'll be rewarded during summer with long hours of daylight and moderately warm temperatures which make Sweden one of the most beautiful places to be in during May to August.

It is common knowledge here that "time" should be respected at all times — regardless of whether you're going for an interview or meeting up with friends for fika (unless in the case of emergencies). Meetings will start on time with or without you. The train will leave on time with or without you. While many cultures may have more relaxed attitudes towards appointments, here in Sweden, time truly waits for no man because Swedes value punctuality.

15. Get your tasty adult beverages at state-run Systembolaget

While you can purchase alcoholic drinks in restaurants, bars, and pubs, if you'd like to take a sip from the bottle in the privacy of your own home, you've got only one legal option of buying stronger alcohol, and that's from one of the roughly 400 state-run liquor stores called Systembolaget. Considering Sweden has a population of just 9 million, and Systembolaget reported 116 million customer visits in 2010 alone, it seems to be a popular location.

Before you toss out that plastic bag, you may want to reconsider. Most grocery stores will charge you a few kronor for plastic or paper bags in an effort to keep waste low and encourage recycling. Sweden is one of the most eco-friendly countries on Earth, and its capital Stockholm was awarded the European Green Capital distinction in 2010 which recognizes exemplary recycling and sustainability efforts.

While Sweden proudly celebrates religious holidays (Christmas, Easter) as well as historically pagan festivals (Midsummer, Walpurgis Night), there are three more important dates worth noting. These are days when Swedes collectively celebrate the following foods:  cinnamon buns (October 4), pancakes and semlor (Fettisdagen, or Shrove Tuesday, on last day before Lent), and waffles (Våffeldagen, March 25).  This means you're allowed to gorge on said food all day long without feeling guilty.

Drinking straight from the tap is the norm and highly encouraged in Sweden. The water is clean, fresh, and ice cold so you can save tons of money (and the environment) by not buying bottled water.

No worries, the Swedish tap water is just fine. This is just another Swede enjoying the outdoors. Photo: Fredrik Broman/VisitSweden (CC BY NC ND)

General everyday fashion in Sweden is simple, relaxed, and casual. This same concept has seamlessly seeped its way into more formal business settings. Unless your colleague is meeting foreign clients or attending a high stakes board meeting, chances are they are wearing jeans and a long-sleeved shirt.

20. Not all education and healthcare is free

Contrary to popular belief, not all healthcare and education is free, a common misconception many foreigners hold about Sweden's subsidized social system.
As of autumn 2011, Swedish universities will charge students who are not citizens of the EU, EEA or Switzerland. The universities set their own fees, which will mostly vary between SEK 80,000-140,000 per academic year, depending on the subject. Fees for medicine and art programs will be even higher.
While healthcare is heavily subsidized by the Swedish government and taxpayers, don't be surprised if you're required to pay a few hundred crowns for a visit to the doctor. For routine doctor's office visits, the maximum amount you may have to pay out of pocket for an entire year is SEK 900 (SEK 1,800 for prescription drugs).
Considering that works out to roughly USD 145 per year (USD 290 for drugs), that's a lot less than what many new residents have to pay in their home countries.
This feature has been published by the Swedish Institute.
Upplagd av Loppan flyttar västerut... 9 kommentarer: 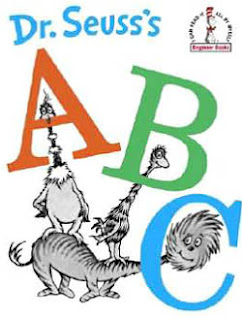 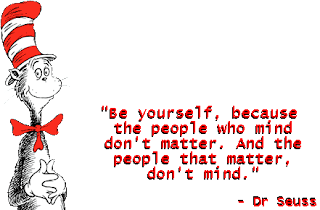 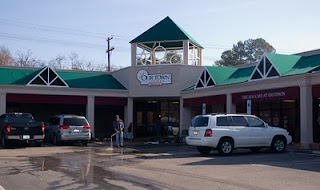 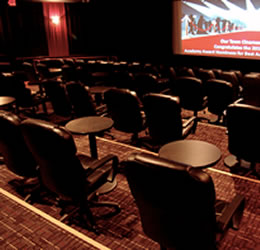 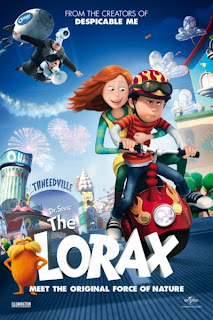 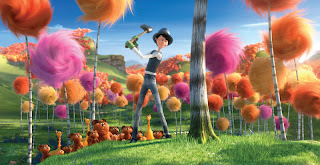 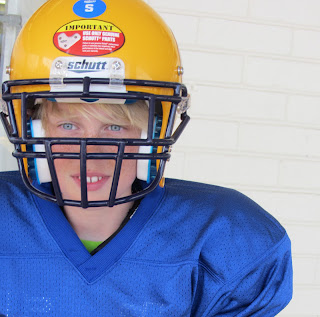 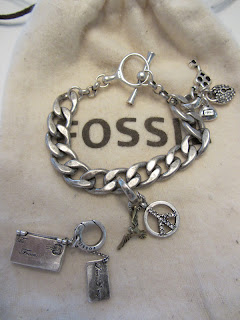 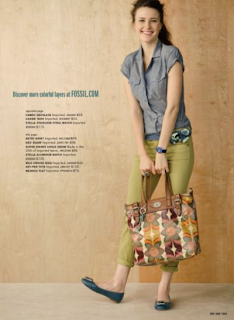 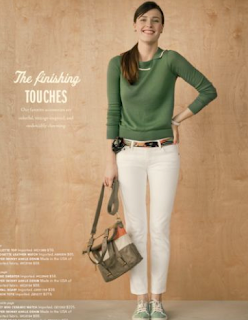 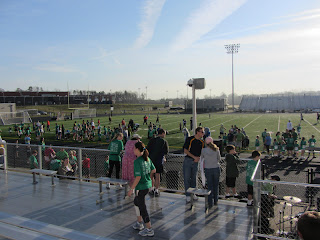 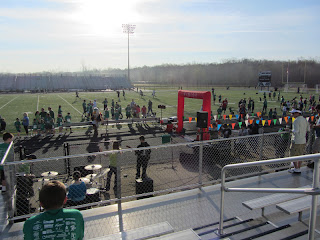 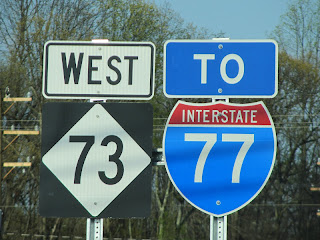 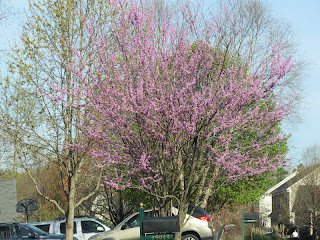